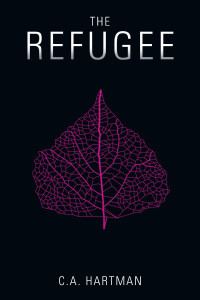 Spoiler Alert: You’ll need to have read The Refugee (Book 1 in the Korvali Chronicles trilogy) to avoid spoilers.

When you read the title of this article, you probably knew right away what I’m referring to. Catherine, Eshel, the beach… and a glimpse of brown semen. I’ve received some comments on this — from friends and from readers. A few only remarked upon the scene in general: one man mentioned that the scene took him by surprise. Another said that the tension in the scene was palpable and that he thought it was well-written. On the other hand, one woman claimed that the scene made her very uncomfortable.

These comments make me happy. This is a powerful scene for many reasons, and I want people to react to it, positively or otherwise.

As far as the brown semen goes, a male friend of mine was grossed out; I think the color was what disturbed him most. Others have raised their eyebrows, but they avoided bringing the semen up specifically, probably because it’s not the sort of topic people typically discuss in polite conversation. But the most interesting comment I’ve gotten so far was from a woman in a review; she was bothered by the scene and the semen (including its color) and remarked that even 50 Shades never mentioned semen.

That made me even happier.

I should mention that I didn’t write the scene to shock people or make them uncomfortable. I wrote it the way I did because the story and characters demanded. it Yet, why did I make this choice? Why brown? Why semen at all? Here are several reason I chose to go there, some of which I didn’t realize until years after I wrote it:

1. To show that Eshel is similar to human men. Remember: up to that point we have no idea what Eshel’s reproductive morphology or physiology are like. We know NOTHING about Korvali sexuality. This scene shows us that Eshel is not only interested in Catherine sexually, but that he ejaculates from an external organ when aroused like human men do. This is not true for the genderless Calyyt. And although it’s never spoken outright, it’s not necessarily true for Derovian or Sunai men either. This says a lot about the Korvali and their similarity to humans.

Yet, he’s still a different species with different physiology. Semen is filled with enzymes, fructose, hormones, proteins, and other substances that allow the stuff to do its job. It isn’t unreasonable for any of these factors to have different properties in an alien, which could give it a different color.

2. To give us a glimpse into Eshel’s sexuality. Let’s face it, Eshel isn’t a warm dude. He’s distant, cerebral. He shows no interest in sex or women (or men, for that matter), and refuses to speak on such topics, even when asked a direct question. The other characters become curious; they, like the reader, want to know “what Eshel’s deal is” or what turns him on, if anything. Eshel recognizes their human curiosity but, of course, does nothing to satisfy it. This scene makes it clear that he is sexual, he’s heterosexual (or at least bisexual), and interested in Catherine in some way.

Moreover, how does Eshel ask to be aroused? By having Catherine touch his chest. This is a guy who doesn’t let anyone touch him without permission. Thus, it’s very telling that touching a non-genital area causes him to ejaculate. Here, we find out that among the Korvali, touching is only out of necessity, or for sexual intimacy.

3. To symbolize Eshel’s breaking from the codes of the Korvali. What happens after the brown stuff makes its appearance? Eshel immediately gets up, washes himself off in the ocean, and orders Catherine to never speak of it with anyone. Why does he do this? Lots of reasons. But one could argue that by engaging in such acts, Eshel has crossed a line, has exposed himself. The Korvali are people who protect their culture, their world, their people, their sexuality, and their science from all outsiders. When Eshel ejaculates, it symbolizes his violation of the edicts he was raised with.

He engaged in sexual acts with a human, violating a steadfast rule of Korvali Doctrine and revealing private information not only about himself, but about his people. And he revealed his semen, literally the stuff of life, filled with DNA. What does DNA represent? Reproduction, for starters. And genetics. You could argue that that tiny blotch of semen leaking out of Eshel’s swim trunks symbolizes his intimate connection with Catherine as well as his sharing his genetic research with her (another major violation of Korvali rules). Overall, the scene represents the beginning of Eshel’s breaking away from rigid, insular Korvalis and embarking on a journey of change, a theme that continues until the final moments of The Forbidden Planet.

Yet, we’ll watch people shoot, stab, beat, crush the skull of, and rape others on TV or in film. We’ll watch blood and vomit flying north and south in a Tarantino film. We’ve seen entrails, hearts, urine, feces, saliva, mucus, and pretty much everything else a human is made of being tossed about onscreen. But semen is somehow different.

And maybe my mind knew that on some level when I wrote that scene.