The Orlando Tragedy and America’s Fascination with Firearms 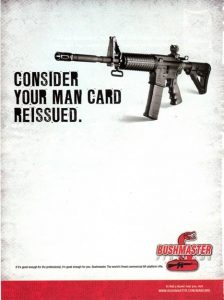 The Orlando tragedy. A friend posted a tweet about investigators at the site having to tune out the sound of ringing cell phones, the victims’ loved ones desperately looking for them. Upsetting, to say the least.

There are a lot of issues with this tragedy: the sheer number of victims, making it the deadliest mass shooting in US history; the hate crime aspect, given that it was a gay club; the shooter’s potential allegiance to terrorist organizations, however loose; and, last but not least, the gun. An assault weapon, similar to those used in other mass shootings the US has faced in the last several years.

So here we go again, with another round of gun control vs. gun rights, with no end in sight.

You all know I have opinions on many social topics, but I have a difficult time getting my arms around this one. I don’t pretend to be an expert on this topic, but I’m finally to the point where I did some more research and want to comment. Why is the gun rights issue such a difficult one in the US?

Americans are such fucking gun-grippers. Why is that? To some extent, guns are steeped in our history, from the right to bear arms in the Constitution to old westerns to hunt and game culture. We are a gun culture and always have been. Given this history, asking people to give up guns will be a tough, if not impossible, request.

I own a gun. (A revolver, not an assault weapon). Part of me likes having it around and surprising people when I show it to them, while another part of me thinks it’s stupid to have one. Would I give it up if the people of the US decided that gun ownership needed to go bye-bye? I would.

If you scroll through my Facebook page, you’ll find a picture of me at a 2015 Christmas party, holding a friend’s new AR15 rifle. That pic got more likes than most of the stuff I post. Why? It’s a badass (and very trendy) gun.

The truth is, people love guns. Guns are powerful and people dig power. I could go on and on about the psychology of such things and debate endlessly about whether humans are violent by nature, but what’s the point? It won’t solve the current problem.

Yet, the gun-gripping issue is about more than a fascination with guns, with our history, with the enjoyment of hunting. When I was doing gun research for Daughters of Anarchy, I spent quite a bit of time on gun enthusiast forums. One thing I noticed was just a fascination with them. But I also saw fear. Lots of it. Gun-grippers believe that they need guns for protection, despite the fact that the probability of them ever needing (not to mention successfully using) a gun to protect themselves is tiny. And, mass shootings have only increase gun sales.

I attached a few studies on gun ownership below. Overall, gun owners are much more likely to be white, male, Republican, conservative, older, living in rural areas, and Southern or Midwestern. No big surprises there.

The demographics and politics of gun-owning households

The Psychology of Gun Ownership – This article is posted on the website for the Coalition to Stop Gun Violence, so it is slanted in that direction. But it does have some interesting nuggets.

Gun ownership isn’t the same as mass shootings. Lots of people own guns, very few use them to murder innocent people. Yet, many gun owners and enthusiasts strongly resist any change in gun laws, terrified of losing some sense of security (no matter how foolhardy) and of losing what they see as a fundamental part of themselves and their history as Americans.

The Psychology of Gun Ownership article I linked above has an interesting quote: “The gun rights platform is not just about guns. It’s also about a crisis of confidence in the American dream. And this is one reason gun control efforts ignite such intense backlashes: Restrictions are received as a personal affront to men who find in guns a sense of duty, relevance and even dignity.”

Or perhaps power. What are guns, really? They’re power. Immense power. These mass shootings could result from men who feel powerless and resort to desperate and deadly measures to feel powerful. Look at the ad above: “get your man card re-issued.” Dude, that right there speaks volumes. Perhaps taking any gun rights away, no matter how dangerous, feels like an attack on manhood.

Every time a mass shooting takes place, people begin bandying about Facebook memes and other criticisms about guns, gun laws, mental illness, background checks, etc. People want solutions but often haven’t thought much about how these solutions would work. For example:

There’s no easy solution to the gun mess this country has gotten itself into. But we’re the joke of the planet now, an affluent country whose culture makes it so ANYONE can buy a damned assault weapon and murder people, who now has mass shootings on a regular basis, who can’t manage to come up with legislation to prevent this.

I think we’re heading in the right direction. I just hope we get there soon.