The Many Meanings of “Mutant” 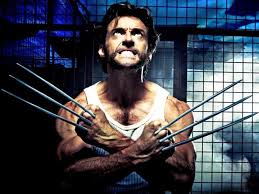 When you hear the word “mutant,” what comes to mind? Something negative, off, or scary, right? Something that has gone awry from a biological standpoint, that is different from the rest of us or what is considered “normal.” And since a mutation creates a mutant, mutation doesn’t conjure up good feelings either.

Years ago, I had a roommate who had celiac disease, where she couldn’t eat anything with gluten in it. I asked her the origin of this disease and she told me it was genetic. I referred to the allelic change that gave her celiac as a “mutation.” She said no, it’s just a variant, a different version. A variant and a mutation are the same thing, of course. But for her, coming from a non-genetics background, the word “mutation” had a negative connotation and she didn’t like my calling it that. And this isn’t surprising. “Mutation” sounds like something gone wrong genetically, and “mutant” sounds like the freak that results. And science fiction is littered with these “freaks.”

Mutants have been used in comic books for decades. Marvel has an entire series of them, known as X-Men. These X-Men mutants possess an “X-gene” that allows the mutant to naturally develop superhuman powers and abilities. I haven’t read the comics, but in the movies the X-Men live in secret, away from the normal humans who are scared of them and are inclined to exploit, abuse, murder, or otherwise treat them in an inhumane fashion.  Although far lesser known than Marvel’s mutants, DC Comics also has mutants, differentiating them from “metahumans” because they are born with their powers, rather than acquiring them.

In other comics and science fiction stories, mutants are biologically (and often genetically) altered, often due to exposure to something caustic (radiation, a virus) that changed them. Sometimes the changes make them powerful in a good way, other times they make them evil and dangerous.

In The Refugee, “mutant” is a slur for a Korvali. The Korvali are extremely tall and rather odd, but are no “freakier” than the other aliens in this world, other than the fact that they’re generally disliked. More likely, the origin of this insult is the fact that the Korvali are famed geneticists who are quite adept at genetic engineering (and this includes their own genomes).

What a Mutant ACTUALLY Is

Here are a few definitions of mutant:

In other words, a mutation is a change in the DNA nucleotide sequence. Some changes have no effect on the organism at all. Others do, particular if they alter a resulting protein product. If a protein product is altered, often (not always) the effect is detrimental. DNA has repair mechanisms just for this: if a nucleotide is changed, the repairer can go in and change it back. Larger sections of DNA can be mutated (changed) as well.

As non-lethal mutations occur in a species’ gene pool, this can increase genetic variation. The favorable changes make for healthy organisms that go on to pass those “good genes” on to progeny, whereas unfavorable mutations will not often survive long enough to reproduce and thus get winnowed out of the gene pool. So, in other words, mutations are key to evolution and survival of living things.