What Does it Mean to Have “The Gene” for Something? Not What You Think… 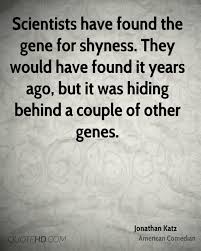 You’ve heard it a million times:

X could be blue eyes, cystic fibrosis, the so-called “Warrior Gene,” or some other behavior/trait.

Even as a rogue scientist who used to do genetic research, I don’t fault people for getting it wrong. Genetics isn’t exactly easy to understand, and even most of those who understand it don’t know just how complex it really is. Thus, when someone says they have the gene for some trait, what they’re really saying is that they have the allele or variant for that trait.

So what does that mean?

All humans have the same genes. In other words, everyone has the genes for eye color, height, serotonin transporters, dopamine receptors, hair texture, etc. What makes us different is what VERSION we have of that gene.

Note that the makeup of the 3 alleles is identical except for the area in red: these areas vary depending on how many TAT repeats there are. Allele 1 has 1 repeat, Allele 2 has 3 repeats, and Allele 3 has 4 repeats.

This example, called a “variable number of tandem repeats” (VNTR) is only one type of allelic variation, by the way. The number of nucleotides repeated could be two or four, the number of times it repeats can vary greatly, and there are other ways a gene can show variation besides tandem repeats. Also, one gene can have multiple locations where it varies between people. Confused yet?

Also, remember that we all have two sets of genes, one from each biological parent. Thus, you have 2 copies of Gene D, each of which could be any of the three variants. For example, you could have:

Why is this important? If Allele 1 codes for the slow enzyme and you get two 1’s, you may find that your body does a poor job breaking down some substance because the genetic lottery gave you two slow alleles. This will made a bit more sense in the next article, when I use a real example.

So, the accurate way to describe your genotype is to say, “I have the variant (allele) for X” or “I have the X genotype.” Of course, many people have no idea what that means. Unless you’re really looking to understand genetics — for health reasons, for example — continuing to say “the gene for X” gets your point across just fine.

Also, remember that complex traits (shyness, for example) are attributable not to one gene, but to numerous genes working together, along with environmental influences. But that’s a whole separate series of articles.

Next time: SNPs and the so-called “Warrior Gene.”