Film Analysis: “Inception” and the Language of Dreams 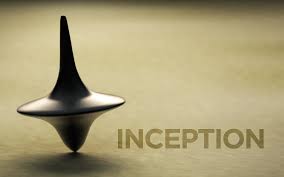 Many of you know I love the movie Inception. I love it so much that I believe it has edged out Blade Runner for the #1 spot on my fave science fiction movie list. I love Blade Runner, but the final act with Roy gets a little tedious for me.

Inception’s brilliance is its complexity. It took Christopher Nolan 10 years to write that screenplay, and many will admit that they still glean a little more from it with each viewing. Science fiction is the place for ideas, and this idea is a fascinating one. Plus, most sci-fi sticks to the so-called “hard” sciences, afraid to tackle the more fluid, complex world of psychology. Inception not only tackles psychology, but delves into an even more mysterious realm of psychology: dreams.

The film is about invading others’ dreams to steal their ideas. Powerful people undergo extensive training to prevent such theft, and Cobb (Leonardo DiCaprio’s character) and his band of helpers are trained for this. Inception, on the other hand, is actually implanting an idea in someone’s mind, so deep into their unconscious that they think it’s their own idea. Cobb and his colleagues are hired to hack into a billionaire’s son’s mind to convince him to split up his dying father’s monopolistic business empire, thus making room for others to compete in their trade. To do this, they must get him to sleep and create a dream, within a dream, within a dream, to implant the idea.

As with all big plans, things go awry. For one, Cobb has issues. There’s a reason he’s so skilled at this. [Spoiler Alert]. He once did this to himself and his wife, with disastrous consequences.

During the film, much time is spent in people’s dreams. Although the sets were made to look great and add to the film’s visual appeal, certain things were intended as powerful symbols of the story.

Much of the information I’ve learned about dream symbols comes from what is, to my knowledge, the best dream website there is. It’s called Dream Moods, and it has a great Dream Dictionary with every dream symbol you can imagine.

The beach: At the beginning (and end) of the film, Cobb comes to on the beach. A beach can mean a few different things, but here he refers to it as “the shore of his unconscious,” suggesting it is the starting point at which one can only go deeper. It is also the meeting place between the rational (earth) and the emotional (water) of the  mind.

Angry mobs and explosions: Early on, they’re in Saito’s dream (which is actually Nash’s dream), attempting to steal Saito’s ideas. Saito is powerful and his mind has been trained to deal with such thefts. In his dream, you see an angry mob and lots of noisy explosions, both of which symbolize repressed anger. In this case, Saito’s mind is angrily defending itself against the invasion. Also, in this dream, the safe is a pretty straightforward symbol of Saito’s hidden secrets.

The elevator in Cobb’s dream: When Ariadne visits Cobb’s dream, she takes an elevator and sees aspects of his unconscious. The top level is at the beach. She then descends, suggesting she is delving deeper into his subconscious, and she finally goes to level B (for basement), which represents the most primal area of the unconscious. Here, she comes across the scene from the night Mal died, and an enraged, terrifying Mal. Death, terror, rage… all primal things. Interestingly, it’s one of those old elevators where you pull the barred door shut, showing us that Cobb’s dream memories are really more like a prison for him.

The spinning top: Mal’s (and eventually Cobb’s) reality test was a spinning top — if it stayed spinning, they were still under. This could be an interesting symbol of the the wasted time and “spinning in circles” that occurred during the massive number of years Mal and Cobb were trapped in their dream state, and the thing that made Cobb want out.

Cities: A lot of this movie takes place in cities, particularly big, sterile cities (e.g.  the first level of the inception sequence with Robert Fisher, Cobb’s fake world where he spent decades with Mal…). They represent the isolation Cobb and Mal experienced during their extended dream state and the isolation Cobb experiences every day due to his losing Mal, not seeing his kids, and spending much of his time living in the past (via his dreams). Contrast the coldness of Cobb/Mal’s dreamworld with their real home, which is homey, warm, and comfortable.

Mal: Throughout the movie, Mal is a consistent troublemaker, interfering with Cobb’s dream work. But it isn’t Mal that’s the problem. Mal’s dead. It’s his memory of Mal (and what happened), buried deep in his unconscious mind, that’s the problem. She’s angry and even murderous, symbolizing his own suppressed rage at what happened and his own deeply-seated torn feelings about it that he refuses to deal with.

To perform inception, you need an idea “so simple that it will grow naturally in the subject’s mind,” Eames suggests. He recommends getting away from the original idea of monopolies and other business- or political-oriented ideas and getting more fundamental: the billionaire’s difficult relationship with his father. This gets away from the intellectual and deeper into the emotional, where it can be planted into the subconscious and allowed to grow. Why does this concept work? Humans, for all their big brains and intellectual capabilities, are emotional creatures at their cores. The unconscious is a place of emotion, and dreams are the realm of the unconscious.

Science fiction is filled with father issues: Luke Skywalker and Darth Vader, Jean Luc Picard and his father (Star Trek TNG), Lt. Tom Paris and his Admiral dad (Star Trek Voyager). No one has more influence on a man than his father, even if he was never around.

The inceptioneers exploit this father-son relationship to implant the idea for young Robert to split up his father’s monopoly — not because it’s the “right” thing to do or as an act of rebellion to his dad, but because it will offer him some type of resolution and catharsis for him. They decide, very astutely, that motivation to do good always trumps the motivation to punish.

In the end, Robert splits up his father’s company — not to rebel, but because he is shown, through the dream, at the deepest dream level, that his father does love him and and wants him to be a better man than him. What’s more cathartic than that?

And Cobb finally gets his own resolution and catharsis when he confronts Mal in his dream, releasing her (and thus his own grief) from the “prison” they were both in.