“Her” — Love Story, or Science Fiction? 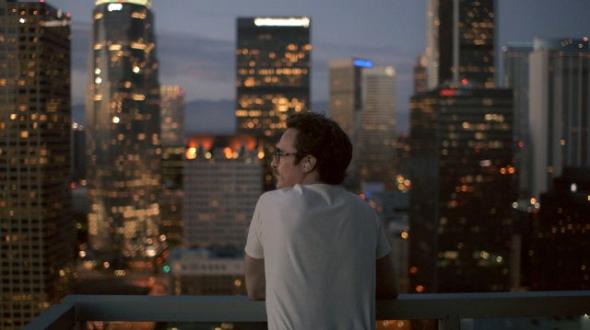 Saw Her the other night. Before seeing it, I admit I felt a bit like I did last year when everyone raved about Silver Linings Playbook; my thought was, the premise doesn’t sound exciting and it doesn’t look especially interesting in the previews… how good can it be? It was good. Better than I’d expected. And when I saw Her, I had the same reaction, but even more so.

Her is a story about Theodore (Joaquin Phoenix), a guy recovering from a divorce and very close to — albeit resistant to — signing his divorce papers with Catherine (Rooney Mara).  He’s lonely and not especially satisfied with the online (or audio) options for “companionship” available to him in his technologically advanced world. And, based on one of these interactions, my guess is that Spike Jonze isn’t much of a cat person :). Anyway, Theodore, a romantic who writes heartfelt love letters for other people for a living, tries a new operating system (OS) that’s designed to have a more personal, intuitive quality. This OS becomes his friend, and then more.

When I watched this film, I felt, at times, like I was watching science fiction rather than just a love story or a film about relationships. Later, when I read a few reviews, many made this same observation. In many ways, it is science fiction. It’s speculative in nature, taking place in an imaginable near future where humans rely more and more upon technology and less upon people, who are, in many ways, less reliable than technology. It uses a love story between a human and an operating system as an allegory for relationships, love, and connection among humans.

Like Inception (but in a different way), Her takes science fiction away from the classic “hard” science and tech tropes and into the muddier world of psychology. In this case, we explore aspects of what it is to connect to another human being, what it is to love, what it is to collide with another person’s needs, limitations, and programming. Humans also have software, programmed from years of experiences and the (often unconscious) decisions we make about those experiences. And that programming can cause us all sorts of relationship misunderstandings, as it did for Theo and Catherine, and even for his friends Amy and Charles, whose relationship suffers from its own strain.

Early on, I assumed the film would take on the usual man versus machine theme, where falling for an OS is a way to avoid real connection with a human by taking the easy way out. I was reminded of the episode of Star Trek TNG where a female member of the Enterprise crew gets romantically involved with Data after suffering a loss. She finds his lack of emotion attractive and a source of comfort at first; eventually, she feels empty without the emotional connection necessary to make a relationship work. Yes, Her does explore these themes. After all, this is a world where Theo makes a good living writing moving love letters for others. Some of his clients have used his services for many years, apparently because he values (and seeks) the romantic sentimentality they’re too lazy to find in themselves. Yet, the film takes us into unexpected places, forcing us to consider that all connection his its complications and limits.

Other sci-fi features include the futuristic OS system Theo falls for, including its sentience, its evolution, and what happens at the end; this certainly brings up interesting ideas about artificial intelligence and its possible future role in our society. Los Angeles looks interestingly futuristic, with its expanse of modern high rises and its trains (Trains! In L.A.!). I even spotted a rooftop forest on one of these high rises, with multiple large trees. Apparently the city was a mix of LA, Shanghai, and CGI.

Her had some unique visuals aspects which, for me, take a movie to a higher level. The office Theo worked in had lots of colored plexiglass and a generally mid-century feel. The costumes had the same effect, where Theo reminded one of Cary Grant with his neat button-downs and high-waisted, narrow-legged woolen trousers. My mom, who was raised in mid-century L.A. by an architect father who loved modern design, hated the overly modern, plastic, non-organic feel of mid-mod. She still does. So, to some extent, the design in the film, while very cool, could represent the somewhat impersonal feel of the world Theo inhabited.

His office also had black-on-white wall illustrations of people that the camera would linger on — a girl reading, a man curled in a ball, a man getting ready to open an umbrella. Much like some directors use songs to emotionally connect us to a scene, Jonze used these images. For example, the umbrella image came just before Theo had to face a “storm” of his own.

Overall, a very good film with a great screenplay that explores what it is to connect to other humans in the Information Age.