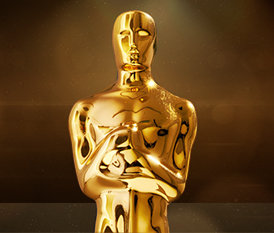 According to many, 2013 was a big year for movies, comparable to other “big years,” such as 1939 (Gone With The Wind, Wizard of Oz, etc). There were many good blockbuster films (Gravity, Man of Steel), indie films (Don Jon, Side Effects), and Oscar fodder films (12 Years a Slave, Blue Jasmine) that succeeded with critics and audiences.

However, The LA Times doesn’t agree, suggesting that the big winners such as Gravity and American Hustle are due more to “grade inflation” resulting from economic concerns and the impact a critic’s pan will have on an industry in flux… and on the critic himself, who may have to contend with backlash and marginalization in social media. Apparently, raves circulate far better than pans do. In other words, reviewing film is a different animal today. I don’t know if I agree with McNulty, but I can see his point about how things have changed and that these changes could impact film criticism.

It’s difficult to weigh a batch of movies, each with greatly varying quality, against another batch of movies (each with greatly varying quality) seen a year ago. You’re only going to notice a difference if there’s a pretty striking effect (i.e. a very good or very bad year compared to previous years). To some extent, you have to treat each batch independently and assume that, when you average all of them together, they’ll generate roughly the same mean score as a previous year would. True, the variance will differ greatly from year to year, as you could have a solid number of decent ones one year, followed by another year with several stellar films along with numerous disappointments.

For myself, I liked 2013. I went to the movies more than I usually do. But this is mostly due its appealing to my own film tastes. I happen to like blockbusters if they’re done well. I don’t go out of my way to see indie films unless they appeal to my personal interests, and some did this year: I thought Don Jon was an interesting film examining the unrealistic expectations people have when entering into relationships, and that Inside Llewin Davis was one of the best films of the year with its great story and direction.

But, most of all, 2013 was a good year for science fiction, the most important of genres as far as I’m concerned. Especially when it’s well done, which it often isn’t. Gravity and Her are Oscar nominees. I loved the second Hunger Games film. Ender’s Game and Man of Steel were decent. Star Trek Into Darkness disappointed — but I knew it would. The JJ Abrams Star Trek movies bear no resemblance to the spirit of the franchise. But their popularity should inspire others to do better, and that’s a good thing.

See you Sunday night at the Oscars…