The Plight of the Strong Female Character 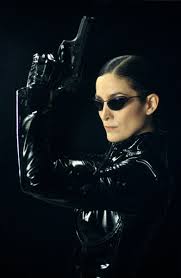 I just finished watching the series finale of Ally McBeal. I watched the first couple of seasons back when it first aired but then lost interest. For some reason, I had a hankering to watch it again. It was interesting to see how differently I viewed the show–and the issues it raised–after 20 more years under my belt.

Some questionable transitions from Season 4 to Season 5 had me googling for answers, which steered me toward one of the major controversies of the show… whether Ally McBeal helped or hurt women and feminism. A well-known Time article depicts her on the cover with famous feminist figures and asks, “Is Feminism Dead?”

As a film lover and science fiction author who loves a good female protagonist, I have thought a lot about what it means to be a good female character. Historically, Hollywood has produced films and TV shows that have typically had males in lead roles (and largely male casts), with women playing smaller roles that often fit into female stereotypes such as supportive wife, mother, or sex object. Many have begun voicing a desire for women in more substantial roles, and now we’re seeing more and more of them. Unfortunately, this change has generated a lot of nitpicking about what these roles should look like.

I’m not saying I agree with any of these. I’m just listing them to illustrate that everyone has a different idea of what a strong female character is, and if you violate their ideas, they will cry out.

What a Strong Female is NOT

Now, with the increase of females in lead roles, I’m seeing a rash of people complaining about these roles. For example, I recently read a blog article written by a friend of a writer friend. She criticized the idea of a female character taking on “masculine” traits instead of showing a softer, more feminine strength. A well-known male writer in my genre (science fiction) — his name escapes me — wrote an absurdly long missive criticizing “strong” female characters across the board, believing that they’re merely commandeering masculine roles instead of roles that exemplify the subtler, gentler female strengths.

Others have complained about film/TV/books putting women in roles that are unrealistic, where they’re merely inserting a woman into a role that a man could just as easily fill.

The Time article criticized Ally McBeal for her emotional instability, her flightiness, her short skirts. Her thinness became a media issue as well, and some feminists and other thinkers felt chagrin that a lead in a major show wasn’t a good role model for women.

When I read Roger Ebert’s review of The Matrix (one of my Top 3 favorite sci-fi films), he was floored by the astounding opening scene with Trinity, but then felt chagrin that the film shuttled her to the role of supporting female while Neo took center stage. On the other hand, one of the writers I mentioned above criticized Trinity’s character as exemplifying the overly masculine/unrealistic strong female.

In other words, a female character can’t have any (supposedly) “male” traits, but she shouldn’t display any “female” weaknesses, either. Apparently, the spectrum of acceptable traits for female roles still remains a bit narrow.

For myself, I care little about whether a female character’s traits are “realistic” or fit into some idea of what femininity is. Why? Because my background in psychology has afforded me a complex and broader way of thinking about human behavior… and traditional ideas about gender have never made sense to me, even as a child. Instead, when examining a  female character, I ask myself these questions:

There’s little that pisses me off more than listening to people force their notions of masculinity and femininity on others. I’ve met real human women who are inordinately bossy or pushy, who love cars or thrill-seeking sports, who were born to lead others. I’ve met real human men who are passive, extraordinarily empathic, and love to take care of others. Even if they don’t represent the majority of their gender, they exist. Moreover, a bossy or alpha woman isn’t “masculine” — her way of being bossy won’t be like a man’s. Likewise, a caretaking or passive man isn’t feminine… he’s still a man and cares in his unique way. It’s only outdated ideas of gender that make people think in restrictive terms.

Also, a lot of griping goes on about a character being “realistic.” Since when is fiction about reality? Sure, you want a character to be believable, but you also her/him to be memorable. Take Good Will Hunting: there is NOTHING realistic or probable about a guy with that level of intellectual giftedness being a thug who picks fights with other thugs. Yet, we totally bought it and it was an extraordinary film. Is Superman realistic? James Bond? No. We don’t question when men play unrealistic roles. But when women do, suddenly the author or filmmaker goes under fire for doing harm to womankind.

When I look at Ally McBeal, I see a show that did what no other show has done. It was unique, quirky, and it raised a lot of important issues about gender roles and male-female relations. And Ally — yes, she was needy, dying for love, emotionally labile, and very skinny… but she always challenged Richard’s sexist remarks, she lambasted Billy during his chauvinist pig phase, she trusted her instincts, and she never failed to speak her mind and stick by her beliefs, no matter what kind of trouble it brought her. That’s strength, people.

And that’s what this is all about. All this discussion and criticism over what makes a good female character reflects a continuing shift in our society about what it means to be female (including a strong female). I hear women occasionally say, “I’m a proud feminist, BUT…” What comes after is something like “I sought my husband’s opinion” or “I want to stay home to raise my kids.” Why the qualification? Women, like men, should be free to be who they are. And likewise, a female character should be whoever she is, with whatever strengths and flaws make her unique, and with the understanding that not everyone will like her.