What is Good Science Fiction? The 2015 Hugo Awards. 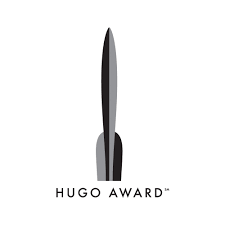 Racism, sexism, liberalism, and social justice? Yes, this was an exciting year at the Hugo Awards.

Whenever you create a system to give awards in creative fields — whether film, television, or books — people will inevitably squabble over the nomination and award process. And why not? Creative awards, perhaps even more than other awards, have a subjective quality to them and will lend themselves to politics, trends, and reactions to trends. And the Hugo Awards — science fiction’s most prestigious award — are no different.

In a nutshell, a few authors, fed up with the kind of science fiction that has garnered the Hugo over the last several years, voiced their discontent. And in 2015, they took action. Calling themselves — and believe me, I’m only repeating this irritating phrase for the sake of accuracy — the “Sad Puppies,” these authors manipulated the Hugo system to get their preferred kind of sci-fi onto the Hugo ballots. This manipulation did fall within the rules, but it also created a furor that reached mainstream media.

What bothered these guys so much? Traditionally, science fiction was the domain of white men: Heinlein, Asimov, Clarke, etc. Thus, so were the Hugos. More recently, sci-fi has changed to include more books written by women, minorities, LGBT, etc and more stories that include these topics or themes. Thus, it follows that those winning Hugos have changed as well. These few men have bemoaned this change, stating in various places that the Hugos have become unfair, that they’re “message fic,” that they’ve become dominated by “Social Justice Warriors,” that they emphasize political statements over a good story, that they award fiction that’s boring rather than fun. One said it bothered him that books were getting Hugos because they were written by someone gay or non-white, rather than because they were good stories. Another bemoaned the overlooking of exciting stories of space adventure, to be replaced by stories that tackle social and political issues. A quote from one:

“The book has a spaceship on the cover, but is it really going to be a story about space exploration and pioneering derring-do? Or is the story merely about racial prejudice and exploitation, with interplanetary or interstellar trappings? There’s a sword-swinger on the cover, but is it really about knights battling dragons? Or are the dragons suddenly the good guys, and the sword-swingers are the oppressive colonizers of Dragon Land?”

For more details, here are a few articles detailing the 2015 Hugo mess, each with a different emphasis: Wired, Reason.com, YesMagazine.

So what happened? The Hugos saw record numbers of voters this year. And, in the categories that these guys contrived to get their pick of fiction on, voters opted for “no award.” In other words, voters rebelled against what these guys tried to do.

From my perspective, everyone is entitled to an opinion, even an unpopular one. If these men don’t like the changes in science fiction and what’s receiving awards… that’s okay. I don’t think preferring books of “pioneering derring-do” featuring male protagonists rescuing hot women over books about women or LGBT makes a man sexist, homophobic, or anything else. But feeling so strongly about your beliefs that you attempt to manipulate the Hugo voting process… that smacks of something more than opinion. It smacks of entitlement. These men confused truth with their own opinions and tried to force those opinions on others. And that was their mistake.

Moreover, they didn’t seem to recognize that what’s considered award-worthy changes with time. Right now, stories exploring social issues that involve gender or sexual orientation receive attention because these are issues we’re grappling with as a society. They’re TIMELY. Just like in the movies, fun books sell well, but thought-provoking ones (especially if they tackle timely issues) win the awards. Voters want something new and different.

But perhaps worst of all, these canines don’t seem to get what makes sci-fi great. As fellow sci-fi writer B.C. Kowalski put it, science fiction is more than boobs in space. Even Roger Ebert remarked that great science fiction allows us to explore important issues we face as humans. And that’s always been true. In Star Trek: The Next Generation, sometimes we had the crew fighting the alien du jour or Commander Riker attempting to date alien women. But other times, the show tackled deeper themes: what it is to be human, the rights of sentient creatures, the vagaries of war, torture, rape, homosexuality, sexism… and we loved all of it.

In the end, to suggest that recent Hugo winners are being selected because they’re written by special interest groups or because they tackle political topics — rather than because they’re good stories — is incredibly insulting to all those authors and, even more importantly, to science fiction readers. In my experience, sci-fi readers are a very intelligent, discerning bunch. A good story trumps all: if these books are winning, they must be good stories.

Whether old school conservative or neo-liberal, readers decide what’s worth reading and what’s special enough to nominate for award. In the end, readers rule.